The El Cotillo Music Festival 2017 (FEM – Fuerteventura en Musica) takes place this year on 30th June and 1st July – both nights from 20:00 to 04:00. So, not much sleep for the residents that weekend.

UPDATE: The line up has now been announced and it will be as follows: 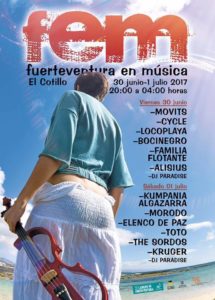 On Friday 30th June the following will be appearing:

The line up for Saturday 1st July is:

More information on the Fiesta and Music Festival page 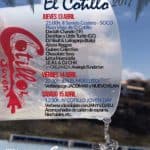