The Cabildo has announced changes to the El Cotillo to Corralejo bus timetable starting 7th January 2018.

It includes not only buses starting earlier and finishing later but also some additional more direct services.

This is definitely an improve as it will allow people to go to Corralejo for an evening meal and get back to El Cotillo without having to take a taxi. No doubt the taxi drivers won’t like it though. 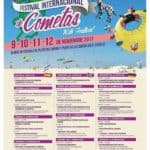 13 Things to Do in El Cotillo Fuerteventura 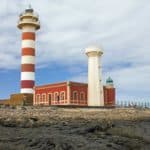