A huge development has been proposed that would effectively join El Cotillo and El Roque together. This is reported in an article by Diariode Fuerteventura.com which also gives information on another big development in Parque Holandes.

The full Spanish article can be found here.

They are proposing that the huge development includes 3000 beds in 5 star hotels together with sports facilities and an old peoples’ home. 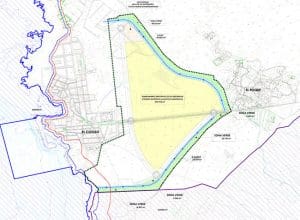 Translation of the article

“The promoter of the project is the Cotucasa company, based in Tenerife, which owns more than 85 percent of the land and has Julia Alison Killick Culshaw as sole administrator.

In the report of the project of El Cotillo, which would be located on a plot at the entrance to the town, it is said that its objective is to “promote tourism use, and therefore, enhance the economic activity of this island area” and that for this purpose it proposes “equipment that serves as a strategy to improve the already consolidated tourist centers through the development of complementary tourism activities”.

In summary: almost one million square meters which would go 2,976 tourist beds in five-star hotels and other equipment taking advantage of the fact that the PIOF collects that you can grant up to 1,000 beds to hotels linked to “sports facilities” or “health, spas and similar. ”

In addition, the El Cotillo project proposes creating a kind of bypass, a new road from El Roque to the lighthouse and also to the south. Inside this plot there would be a classroom of knowledge of the environment and the North Coast of Fuerteventura “where the history of the settlement is exposed, as well as historical images of its growth always linked to the fishing activity until the end of the 20th century”, with Event room included.

There is also a sports area with outdoor areas and a closed sports center, as well as thalassotherapy and the creation of a geriatric residence. The action would urbanize almost half a million meters. The cost of the project, according to the promoters, would be 263 million euros, of which 179 would be for hotel equipment.”

In both cases, in the two projects presented by the promoters, the zones chosen are classified as of “low” environmental quality. The one of El Cotillo, however, although it is outside protected natural spaces, it is adjacent to a protection zone of birds, and the northern end invades the Habitat of Community Interest of mobile dunes of the “Dunas Blancas” littoral.

Let’s hope this doesn’t happen! There is also the other All-Inclusive hotel proposal – see other post 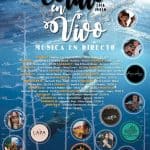 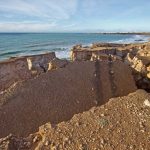