At 8pm on Saturday 8th September a dunes road closure protest will be held in Plaza Patricio Calera (behind the little Shell petrol station) in Corralejo. This is to protest against the closure of the dunes road (FV1) until 6th October because of the filming of Wonder Woman 2.

This is a video of the road:

It isn’t very often that protests like this happen here in Fuerteventura. It just goes to show how much the residents are against it.

If you are against it and will be here why not go along to show your support.

It was always a possibility that once the new road is completed then through traffic may be stopped. Personally I am not against the road being closed then as having lorries etc driving through the dunes is not good ecologically.

However, I am against it being closed to allow these arrogant film makers to make their pathetic film. And we all know why this has been allowed don’t we! They would say it is because it brings in money to the island. But the truth is it puts money in the pockets of certain people. It does little good, if any, to the average person on the island. 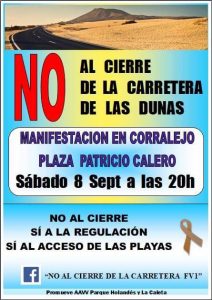 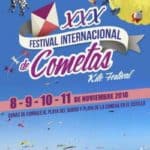