La Oliva, on January 25, 2018. “El Cotillo, we like it as it is, a town with fishing identity and not mass tourism,” said today the mayor of La Oliva, Jesse Blanco, before starting the full ordinary meeting. “We are committed to a sustainable model, to conserve natural spaces and to control growth in tourist areas, but today’s plenary session does not discuss this model, but an administrative procedure that can not be stopped at this point.”

Given the anticipation generated, Blanco recalled that “it was the previous mayor who initiated the dossier to modify the planning of El Cotillo”, with its approval in the Governing Board of April 10, 2017. He also explained that “once taken that decision, the only thing we did was to take notice of that documentation in the month of July, because legally you can not stop your administrative course, if we had stopped it then or stopped it now, it could have consequences for us as current managers or for the town hall in the form of compensation. “

Today’s plenary session “does not imply authorizing the construction of any hotel, nor does it discuss the modification of planning,” said the mayor. “What is being discussed is the approval of an agreement with the Government of the Canary Islands so that it is the regional body that carries out the environmental assessment of the modification of planning, when this body decides, it will be time to study the environmental assessment.”

Blanco emphasized that “the situation has not changed since we met with the neighbours of El Cotillo to explain the process in October, and we made a face for the decisions made by others, and today we do it again. We maintain our commitment to have the opinion of the people before making any decision, but, simply, today is not that day. “

With votes in favour of the government group, the socialist group, the popular group, and the non-attached councillor Pedro Amador, and the vote against the Votemos group, the entrustment to the environmental body of the Canary Islands Government, COTMAC, was approved. to carry out a strategic environmental assessment of the procedure in progress. 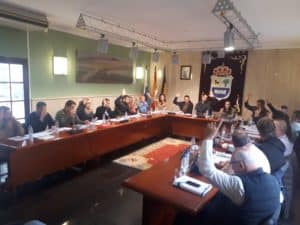 The Governing Board of the City of La Oliva, then made up of the Popular Party, Socialist Party and Mayor Pedro Amador groups, approved April 10, 2017 start the process of modifying the subsidiary regulations of the Oliva, a proposal from the owners of three lots in El Cotillo, an application submitted with registration, dated March 7, 2017, and accompanied by the corresponding documentation, a proposal for Modification of the Subsidiary Rules of La Oliva and a Strategic Environmental Document (DEA) ).

After the change of government, the current corporation took notice of this documentation in the month of July, giving course, according to the established procedure, to the area of ​​Territorial Policy of the Canary Islands Government, which proceeded to its public exposure in the month of August.

After estimating and resolving the allegations, and with the entry into force of the Land Law, the change in the norm establishes that local Canary Island corporations must set up their own environmental bodies for this type of procedure. Faced with material and personal shortcomings, the City of La Oliva, as other municipalities are doing, are in the process of entrusting environmental evaluation competencies to higher administrations.

The entities that request to modify the NNSS are Arcor Plan SL and Jandía Esmeralda SL. The proposal focuses on three parcels of its property, located within the urbanized area of ​​El Cotillo, where the territorial qualification is “consolidated urban land”.

The proposal of the owners is to unify two of the three plots to make a single constructive project, eliminating the road that separates them, and assigning the third lot to open facilities. In addition, a part of that site, with a surface above the suppressed street, would be ceded property to the City of La Oliva so that the institution can provide public services there that it considers relevant, such as parks, gardens, health, sports facilities, educational, etc.

Up to the present date, all the processing of the file at the municipal level has the corresponding favourable reports from the Urban Planning Departments and from the General Secretariat.

Modification of the Urban Land Planning

Among the four proposals presented by the promoters, three offer to compensate the City Council with public land for public uses in the third plot, with an area equivalent to or greater than the public road removed. The three plots are all in urban land, and therefore are allowed to be built on since 1990, according to current planning. There is a fourth option, the alternative “0”, in which the three plots are not modified and maintain their buildable situation, just as they are now. “

The proposals do not violate any rule, they are located in consolidated urban land, and do not increase the general built up area of the town. The current subsidiary regulations in La Oliva date from the year 2000, being a document approved for the first time in 1989. The current corporation has begun the process to draft a general plan in La Oliva for the first time, an essential document to plan future growth and avoid legal uncertainty and the large number of urban problems that the municipality has historically had.

You can watch the El Cotillo planning meeting it its entirety on YouTube https://www.youtube.com/channel/UCuj8r3PYWHTjEjh19U4TuVQ 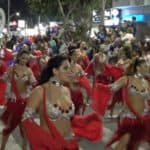 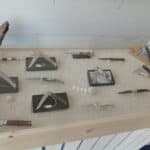