With just over 3 weeks to go I have just seen the first indication that the music festival is planned to go ahead this year. There is still no mention of it on the Ayuntamiento website (no surprise there though) but it has been announced in the Noticias Fuerteventura website – here.

It states that it will take place on 5th and 6th July – but don’t forget it was cancelled just before it was due to take place last year. 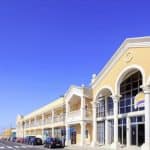